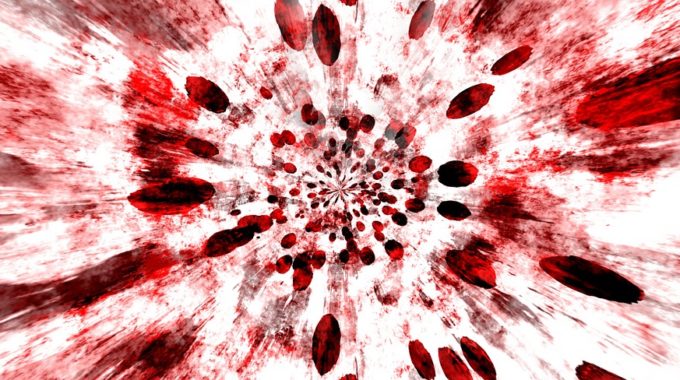 We have a world to remake. This is a civilization moment. Are we looking for a new moral hierarchy? Our brains are wired to order and organize things, ideas and people. Every category is at best a proxy and at worst a shackle. Order is fabricated. If we constructed it – we can deconstruct it.

This is a moment of tremendous potential.

Look at the image below. Do you see a frightened mom being dragged off to a secret location as her rights are denied? Or do you see a protester potentially guilty of vandalism being arrested by lawful federal agents?

Your Brain on Chaos 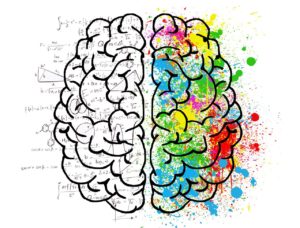 The brain’s main function is to protect us, like an umbrella, from chaos, although sometimes chaos has its advantages. On a behavioral level, the arms race between predator and prey has wired erratic strategies into our nervous system. A moth sensing an echo-locating bat, for example, immediately directs itself away from the ultrasound source. The neurons controlling its flight fire in an increasingly erratic manner as the bat draws closer, until the moth, darting in fits, appears to be nothing but a tumble of wings and legs. More generally, chaos could grant our brains a great deal of computational power, by exploring many possibilities at great speed.  This is the fight, flight or freeze we experience.

Everyone’s brain has been hard at work lately – and sometimes it is having trouble.

Have you been having a hard time finding the “right” word when you need it? Is your limbic system having a duel with your higher cortex? If so, you’re not alone. Penn Medicine News reported this:

Research suggests that the part of the brain called the limbic system is hyperactive during times of negative emotions and stress, explained Lily Brown, PhD, an assistant professor of Psychology in Psychiatry at the Perelman School of Medicine and director at the Center for the Treatment and Study of Anxiety. The limbic system acts as a control center for feelings and reactions. For example, the well-known fight or flight response begins in the limbic system, triggering feelings of anxiety and fear.

Having trouble thinking, planning, and getting things done recently? It could be related to stress from the pandemic. In many cases, when emotions become overblown, parts of the brain in charge of executive function tend to not communicate as well with the emotional parts of the brain — the limbic system is overriding the executive functioning circuit. Brown shared that this can cause people to have trouble focusing or controlling impulses.

You can reverse that cycle by using different language techniques or labeling emotions — a strategy called affect labeling — to help activate executive functioning and control, reducing the activation of negative emotions related to stress. One key strategy to boosting resilience is mindfulness, taking a moment to be aware of surroundings to reduce stress levels.

Mindfulness, included in Spectra Diversity’s Facilitation Kit, is an incredibly useful skill for addressing our unconscious bias and in being able to have conversations with those who are unlike ourselves in some manner.  It’s a way to open yourself to another’s perspective. 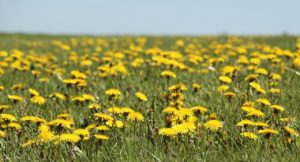 The dandelion principle, stated by science reporter Lulu Miller, recognizes that defining a dandelion (a living thing) depends upon your perspective.  To a gardener, a dandelion is a weed and a thing to be discarded and thrown away. To a chef, a dandelion can be a delicious peppery note in a salad. To a painter it might be a pigment. To an herbalist it might be a way of soothing digestive ailments.  Just as beauty is in the eye of the beholder, “worth” is in the eye of the exploiter. Worth is subjective.

Consider this, from Miller’s book “Why Fish Don’t Exist”:

On Neptune it rains diamonds. It really does. Years ago, scientists discovered this.  The longer we examine our world the stranger it proves to be. Perhaps there will be a mother waiting inside a person deemed unfit.  Perhaps there will be medicine within a weed. Salvation inside the kind of person you had discounted. When I give up the fish, I get at long last a mantra, a trick, a prescription for hope. I get the promise that there are good things in store – not because I deserve them – not because I worked for them – but because they are as much a part of chaos as destruction and loss. Life: the flip side of death. Growth: the flip side of rot.

Amidst our current chaos – let’s all work for growth.

What has Changed for Diversity in Hollywood? A lot! Hollywood seems to have done an…