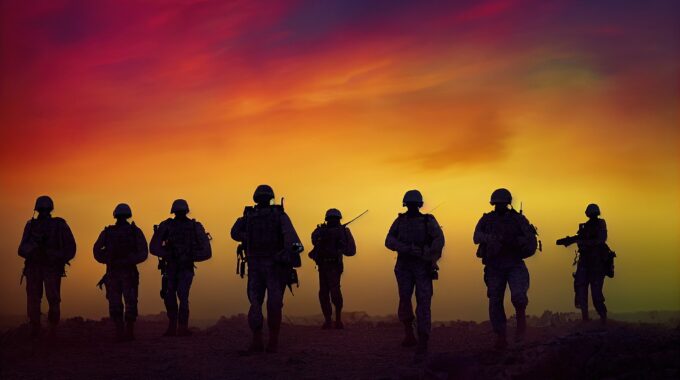 When Spectra Diversity launched its assessment in 2017, we did not collect data on veteran status. We began doing so in 2020.  Here are the results from our most recent Annual Spectra Assessment Report (ASAR) 2022. 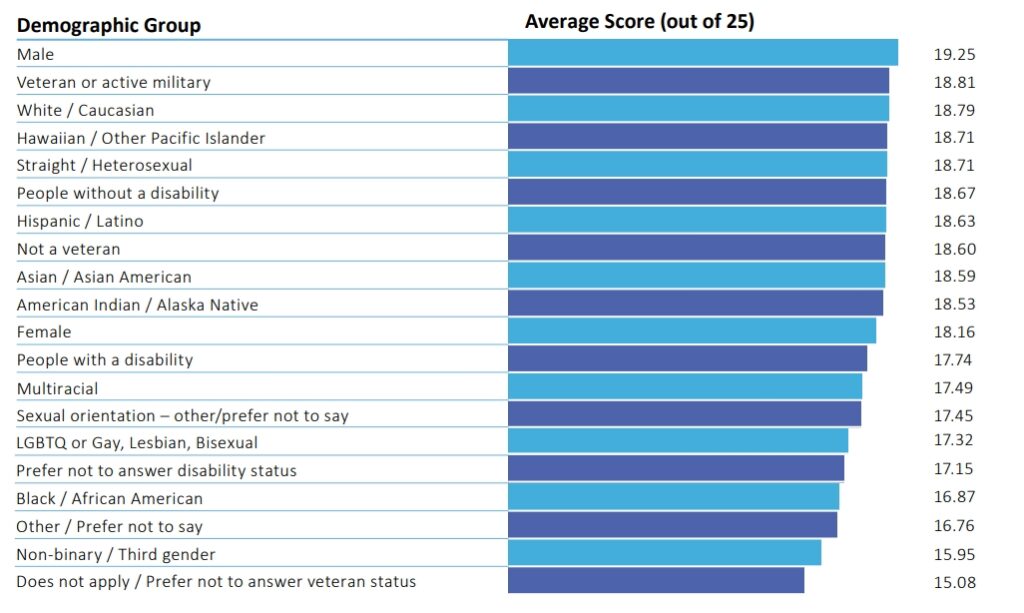 The demographic with the MOST favorable perceptions of management is the male with 19.25 out of 25 possible points. Right behind them are the veterans and active military at 18.81, and non-veterans are further down the list at 18.6.

If one is following main stream media (as many of us do) we hear about veterans and PTSD, suicides and homelessness. Why then are the veterans employed by small and medium businesses viewing management so positively? We took a spin into second-person research and asked a few veterans for their insights. 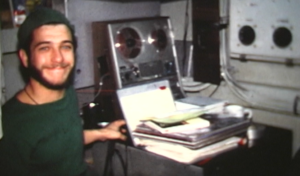 Ron was struggling with performance at his junior college. He was skipping classes and eventually dropped out. Without the college deferment he preferred enlistment to being drafted and so, he joined the Navy. He had three deployments in the South China Sea on an aircraft carrier where he was trained in electronics. “In Vietnam, you went in and out of service alone. You were the replacement person or the “new guy” and had to stick it out until you were no longer the newbie.” When he finished his time in the Navy, he was warned to wear civilian clothes when traveling home.  He is a professor emeritus from Indiana University.

The structure in higher education lends itself to someone like me who went to Catholic school and served in the military. There is open dialogue, and you don’t have to censor yourself. You try to fit in and follow the rules, but you also have more confidence in yourself and your skills.” 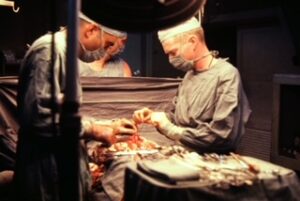 Robin was flunking out of college and his dad gave him some advice that he actually took: “Join the Navy son. You’ll get a dry bunk and three-square meals a day.” Robin’s family had several nurses and doctors in its ranks, so Robin was inclined to follow that path and became a Hospital Corpsman. 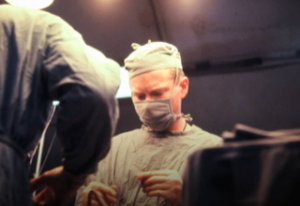 His job as a hospital corpsman in Vietnam meant round the clock shifts. Soon after arriving an activity began which was to have a huge impact on Robin. Later it was given a name – the Tet Offensive. “For forty days and 40 nights we worked for 16 hours per day, with the next 8 hours to sleep and then we’d start all over again.” He said at times there were mortars dropped on the hospital – likely an overshoot because the hospital was near the airport. When mortars would hit the hospital or land close by. the operating crew would duck and cover – with the patient still on the table.

PTSD doesn’t have a cure. All you can do is treat it. I believe that combat vets make good employees because they have self-discipline, they can work when scared or threatened, and they follow the direction of people who are in authority.” 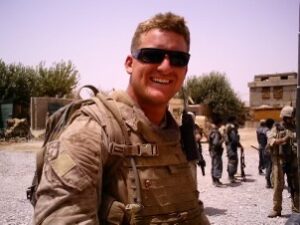 In 2005, he was on his way to being in the starting lineup for South Dakota State. By 2006, however, he was a college dropout.  Hank is 6’4” and like Ron, he felt himself floundering. Hank’s dad was a US Marine – and so Hank selected the Marines not too long after 9/11. Unlike in Vietnam, the deployments in Iraq and Afghanistan were organized as military units. Hank was one of the first US Marines into Afghanistan.

He was a machine gunner which means he probably couldn’t count how many individuals he shot and killed – and we didn’t ask. As part of the “War Dogs” (2nd battalion, 7th Marines Echo Company), he told us, “Once you’re in the fight, you’re fighting for your buddies. You have their back, and you know they have yours.” His particular unit had 25 KIAs (killed in action) and more than 200 wounded. His unit was also #1 in terms of suicide with 73 lost since 2011.

When Hank was released, he was in danger of following that same path – called a cluster effect. A suicide cluster is a group of suicides, suicide attempts, or self-harm events that occur closer together in time and space than would not normally be expected in a given community.

What saved him – was football. He was given another scholarship, this time to a Division II school. While there, he was the 20th recipient of the prestigious Disney Sports Spirit Award.
Hank still has some aftereffects from his time in the service. He has 80% disability due to nerve damage in his arm from an injury plus PTSD. He is currently married with two children (ages 2 and 4) and is working in a sports management company called Player’s Health. It’s a tech start up and although he didn’t know it when he was hired, his boss is a veteran also.

You’re used to being a part of a team,” he told us. “You learn how to take direction. You learn to admit your mistakes when you make them and move on.” 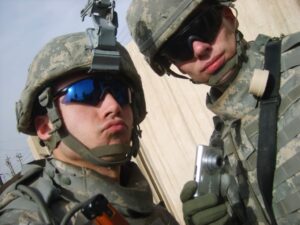 Max enlisted right out of HS because of 9/11. He was 18 and served for seven years achieving the rank of Sergeant and completing three tours in Iraq. After release from the Army, he spent an additional two and a half years in Afghanistan as a contractor in intelligence and counterintelligence. After his time in Afghanistan, he was an intelligence instructor.  He enlisted originally with a group of 30, all of whom were married at the time. Today, just two or three of the couples are still married. His own marriage ended in divorce and with undiagnosed PTSD as he was drinking a half bottle of vodka per night. He sought help – which wasn’t helpful until he found a psychologist who was also a veteran. 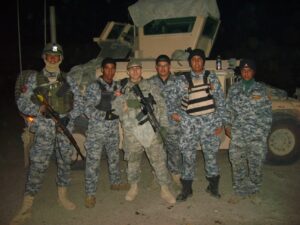 “It’s hard for non-veterans to understand the stress of keeping a team of 30 people alive and being responsible for 10 million dollars in highly specialized equipment. Non-veterans don’t understand the incredible (drug free) high of being in a firefight and coming out alive.” After release from the service, some veterans keep chasing that high with either drugs and alcohol, or risky behavior. One of Max’s friends went to Africa to protect animals from poachers – another dangerous job. “You get programmed to dehumanize the enemy so you can kill them. You don’t get unprogrammed when you’re out. You have to do it on your own,” said Max.
Unlike World War II and Vietnam, during Operation Iraqi Freedom (OIF) and Operation Enduring Freedom (OEF), “the volunteers were at war and America was at the mall.” The difference between this generation and earlier ones, is that there is earlier help for PTSD diagnosis and treatment.

War changes you. You learn to own your mistakes and move on. I don’t have a problem with rules – I lived under them for years. I don’t get stressed out if I’m asked to come into the office three days per week – I say “fine.” I was taught to think outside the box to problem solve. I can manage different types of people – after all – I dealt with Afghan war lords. And I was in charge of the lives of 30 other people under my command. I can handle responsibility.”

Spectra Diversity would like to thank these veterans for their service – and for being wiling to share their stories with us.  Hire a veteran if you can. It’s a good move for both your organization and the veteran!