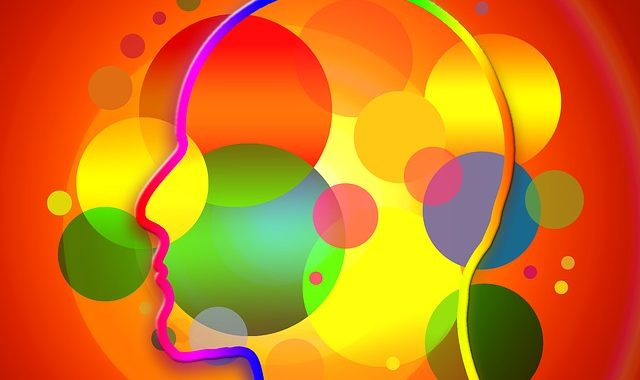 No one really starts out the day saying, “I’m going to show my bias today.” Yet, that is the result…we all have unconscious bias.  It may seem frustrating that there is no way to understand or control your unconscious. No need to worry: the past few decades of neuroscience and behavioral research have provided immense information explaining the why and how behind unconscious bias. Spectra Diversity Inclusion Assessment™ collects data regarding unconscious bias.  In this post, research will be explored, as it affects unconscious bias specifically in the workplace.

Let’s start by defining some of the terms that will be used consistently throughout this post, so there is a shared foundation of understanding.

What is Unconscious Bias? How is it Created?

Implicit, or unconscious bias, as defined above, is a subtle cognitive process that starts in the amygdala. This type of bias can be understood as a “form of rapid ‘social categorization,’ whereby we routinely and rapidly sort people into groups.” 2 Dr. Brainard (MS, MA, PhD), of the Brainard Strategy, highlights the parts of the brain that create bias:

The brain, through the amygdala, processes billions of stimuli per day and our brains must quickly choose what to focus on. This information is used for survival, to make inferences or categorize, and feel emotions that attract us to certain people. Because the amygdala must process billions of stimuli, our conscious brain does not have the opportunity to interpret all that we see.

For example, initial instincts may not be based on of fully processed interpretations due to the massive amounts of information coming in at any moment. Consequently, those first instincts often include biases of some kind that we did not consciously “think,” but our brain unconsciously categorized to synthesize the massive amount of information being experienced.  For example, you only need to be burned by a flame once, to develop a quick instinctual reaction to fire. These emotional reactions are due to the amygdala’s survival instinct.

As time passes, a person’s socialization and personal memories produces unconscious biases and applies them as the amygdala defines incoming stimuli efficiently and unconsciously. 3 It is common for these lower level of unconscious survival responses to be like those with whom you are in extended contact. Other people are rapidly categorized as “like me” and “not like me.”

Example: A male lead is conducting a staff meeting at an advertising agency. Those in the room, mostly men, are asked to brainstorm potential solutions to a problem they ran into for a specific campaign. A female colleague proposes an idea and is not acknowledged, but a male colleague mentions the identical solution five minutes later, which his co-workers praise. The male lead thanks his male colleague for his contribution, while the female colleague continues to be ignored. 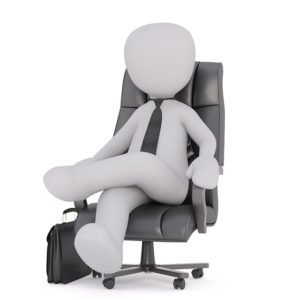 In this example, it is clear that the workplace is male-dominated. That alone is not enough to create a biased environment, but in this example, the gender bias in the decision-making process is clear. The male lead’s unconscious choice to ignore the woman in the room, but to acknowledge the men could be linked to his bias created in the amygdala. This process of unconscious bias comes from previous socialization, as the male lead’s amygdala categorized the men in his team as “like me” and the woman as “not like me.” By working in a male-dominated industry, and at a majority-male firm, the lead of this meeting has developed an unconscious bias which favors men. This bias happens in a split-second, so while to an outsider the bias may be evident, the one holding this gender bias may or may not be doing so intentionally, due to the nature of how the brain processes, identifies and categorizes information. 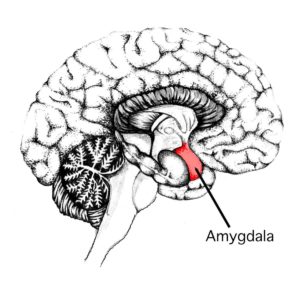 The amygdala is where the information is processed; however other parts of the brain are involved in the pervasion of implicit bias. As explained by Andrea Choate, author, HR executive and Strategist, such information goes through the hippocampus as well. The hippocampus is the part of the brain that “forms links between memories and quickly deciphers the meaning of data received.” 4 Because the hippocampus matches new, incoming information with subjective memories, data can be matched to make someone believe their understanding of the data is “correct” when it is simply being unknowingly related to one’s own subjective memory or experience.

Continuing with the previous example, the male lead of the meeting decides to follow through with the idea his male colleague proposed. The male lead subsequently feels confident in the success of this idea. 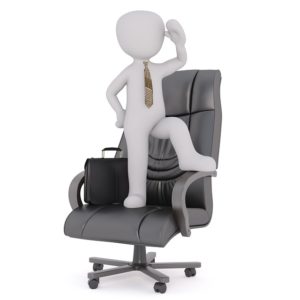 This sense of confidence that the male lead feels after accepting a proposal from a fellow male colleague may have nothing to do with the content of the idea. Rather, based on the situation, the male lead feels confidence based on his subjective memory having worked in a male-dominated space where other ideas were successful. Therefore, the instinct that his decision was correct is not based on the content of the idea, as the female colleague had proposed the idea originally, but rather, on the person who proposed the idea due to previous social conditioning.

While the amygdala and hippocampus are where information and memories are processed, much of the explicit bias associating occurs in the left temporal lobe and frontal cortex. The left temporal lobe is used largely to store information about people and objects, and the link between these and social stereotypes. 5 This is because the temporal lobe is responsible for an integration of sounds and words into meaningful memory. 6 The frontal cortex is responsible for empathy, emotional responses as well as rational thought.

Example continued: Due to this male lead’s affinity to listening to his male employees over the women in the workplace, he will continue to affirm – unconsciously – the stereotype that men put forth successful work.

This has nothing to do with performance, but rather this person’s continued bias to listen to the men in the office more than the women. This gender-based confidence is below one’s level of consciousness. An instinctual feeling will continue to occur when deciding between the proposals generated by men versus women. The confidence associated with the men is a stereotype, but it is rooted in the unconscious and therefore is not available for analysis by the conscious self, as it lives in the left temporal lobe.

We understand how information moves through the brain and can be affected unconsciously by biases and, while it is based in the brain, there are ways to understand unconscious bias outside of the geography of the brain. One term often used by implicit bias researchers is mindbugs. A mindbug is an ingrained habit of thought that leads to errors in how we perceive, remember, reason and make decisions. 7 A mindbug can be triggered visually or experientially and, after being triggered, can create false inferences or even memories to justify a feeling being processed. Certain forms of mindbugs can rewrite past experiences in an attempt to efficiently grasp the moment.

In understanding mindbugs, and the complexities of the human brain, it is important to give as much weight to the social – as well as the literal or visual – understandings the brain produces. Mindbugs point to the utilization of memory as well as physical attributes that lead to the creation of social meaning each person holds. To show this, try the following experiment: 8 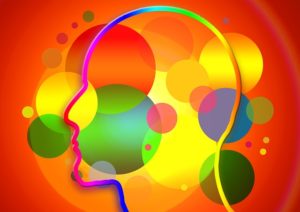 Look at two pictures of strangers. Ask yourself the following…

While the answers to these questions are not accurate, they can be surprisingly easy to gather from a static image. Even though it could take more effort to not make these judgments, this is not because the answers are correct; rather they could be quite wrong. There are socialized physical features that evoke trustworthiness, such as a baby face.

Alex Torodov at Princeton University concludes that less distance between ones’ eyes can make them look less competent. 9 This example is not to scold people for having these judgments; they indeed are based in the wirings of our brain and the socializations we experience. However, the fact that these biases exist should cause one to take a moment and rethink the process one habitually takes when making important decisions. It is important to be mindful of social mindbugs as they can wrongly attribute trustworthiness to those who may not deserve it, as well as wrongly attributing suspicion upon others. 10 Social mindbugs show up in many forms, based on one’s revised memory, as well as physical stereotypes based on race/ethnicity, age, gender, sexuality, etc. Therefore, it is important to break down the various types of biases that can show up and affect the workplace.

Stay tuned for more on Implicit Bias. We will help you understand more about the types of bias which exist, and how it can be measured. Bookmark Spectra Diversity or add your name to our mailing list so you don’t miss our white papers or blog posts.