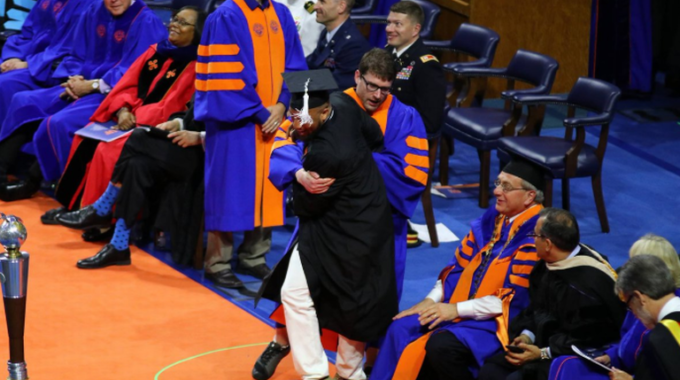 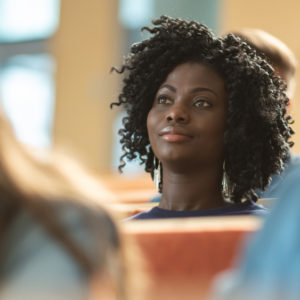 With the twenty-four-hour news cycle and unapologetically critical social media sphere, how can we read baiting headlines of outrage on the latest horror or biased misstep and gain meaningful takeaways? The most recent scandal at the University of Florida is a prime example that we can unpack here. You might wonder, what does a university graduation ceremony have to do with diversity, equality, and inclusion (DEI)? What does it have to do with corporate workplace culture? Let’s dive in…

On May 5th, 2018 the University of Florida hosted their graduation ceremony and the recording showed a faculty member rushing mostly, if not exclusively, students of color off stage aggressively. The faculty member allowed approximately two seconds per these students to enjoy their moment and then pushed, pulled and forcibly moved them across the stage. A few questions first arise: is this video that is being circulated the whole story? Were other students rushed off too, due to time constraints? Was it an issue of ‘rules of conduct’ because students were waving or dancing (technically, a term called ‘strolling’ which is a black Greek house tradition)? According to personal accounts post-ceremony, the answers to these questions do not favor the faculty member in question.

Many students said they tripped or fell due to being rushed off stage and one student noted that a white peer did a backflip with no repercussions during the same ceremony. The administration was quick to respond to the situation and did so with dignity:

“University President W. Kent Fuchs, who attended the ceremony released a statement on Sunday that apologized and called the behavior “inappropriately aggressive.”

“I personally apologize, and am reaching out to the students involved,” he said in a Twitter post. “The practice has been halted for all future ceremonies, and we will work to make sure all graduating students know we are proud of their achievements and celebrate with them their graduation.”

The university also released a statement saying it “regrets that any celebration of the day may have been diminished” by the incidents.”

Regardless of the apologies of the institution, what allowed this to happen? Even if there is a more complicated context beyond the provided videos, what precedents existed for this faculty member to target students of color in a celebratory ceremony? This is an issue that some may coin as within the realm of identity politics, but at the root, it is unconscious bias. Further, whether the university intended to or not, they somehow allowed for this action to occur. How could they adjust their policies and understandings to be truly diverse and inclusive? Let’s roll out a few scenarios:

To conclude, this incident could be easily written off: there is not enough context, give the guy a break, things like this – or worse – happen every day, etc. But, in the midst of daily incidents and scandals, can we learn from them? This is not to vilify or condemn this individual, or UF as a whole, but rather to point to the need for DEI in every aspect. Universities are not immune, just as workplaces are not, and the symptoms that prove this run across the board. Rather than disregard what seems like yet another outrageous headline, let’s read and learn in order to see that diversity, equity and inclusion lessons are all around. CEO’s and team members can learn from UF’s moment as much as college students can learn from the incidents at Google or Uber. The locations may be different, but the issues remain the same. It is 2018 and time for both schools and workplaces alike to work beyond diversity, but to intentional equity and inclusion as well.

Miami Herald, “Black UF students were ‘manhandled’ off graduation stage — and the school has responded,” Alex Harris and Madeleine Marr, May 7, 2018

The Independent US, “Black students at University of Florida repeatedly pulled off stage for celebrating during graduation ceremony,” Tom Embury-Dennis, May 5, 2018