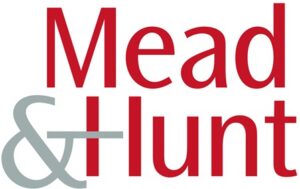 Mead & Hunt is a national engineering and architecture firm founded in 1900. As of 2021, the firm has about 900 employees and prides itself on valuing its people:

“We believe our company—and our world—is made better when we put people first. This includes our clients, our employees, and our communities.”[i]

Mead & Hunt (M&H) is entirely employee-owned and boasts one of the lowest turnover rates in the industry.  The Spectra Diversity Inclusion Assessment was conducted in Fall of 2019, and at the time, M&H had about 700 employees.

Although it is slowly changing, engineering and architecture are primarily male-dominated professions. According to the National Science Board, women comprised only about 15% of the engineering workforce in 2015, as compared to about 9% in the early 1990s.[ii] In 2016, women accounted for 36% of newly licensed architects, compared to 34% in 2015. [iii]

The client sought to discern whether Mead & Hunt had any issues with diversity, equity, inclusion, and belonging of which they were not previously aware. Mead & Hunt had recently put into place an Employee Resource Group (ERG) whose main objective was to help create action plans upon receiving results from the Spectra Assessment.

The firm’s primary goal was to determine if they had any diversity and inclusion related issues. There were no specific issues that Mead & Hunt wanted to address; rather, they had never conducted a survey of this sort before and felt it was an appropriate time to do so considering they just formed their first ERG.

Mead & Hunt’s secondary objective was to use the assessment results to develop an action plan that would target the firm’s areas of improvement. The company’s ERG would serve as an ad hoc focus group to formulate any plans of action deemed necessary.

Because the industry in which Mead & Hunt is situated is white male dominated, the firm predicted they would see differences in responses across gender and corporate departments.

M&H sent the assessment to all 700 employees and received around 520 responses at a 75% response rate. Of these respondents:

Results of the Spectra Assessment

Mead & Hunt scored at the “adopt” level on the maturity model, as well as a “2” in a range of 1-3, on all of the following: Management; Policies, Practices, and Procedures; Culture.

Upon reviewing the Spectra Assessment results, the ERG task force team saw there were D&I concerns in the following areas:

Wendy Culver shared the company’s overall results with all employees and presented location-specific data to employees at each M&H office. Culver also provided the results to the ERG task force team and had them conduct a more in-depth analysis of the data. They have developed action plans to address a few specific areas of concern.

Are They Enough to Assess Diversity, Equity and Inclusion Progress in a Workplace? Is diversity,…

Why hire a veteran?

Veterans Make Good Employees When Spectra Diversity launched its assessment in 2017, we did not…